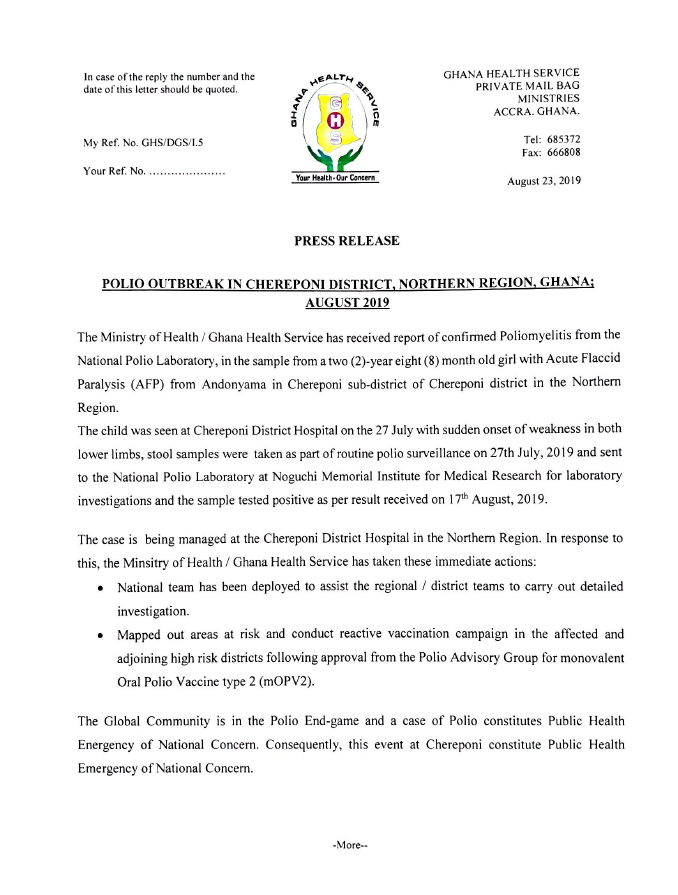 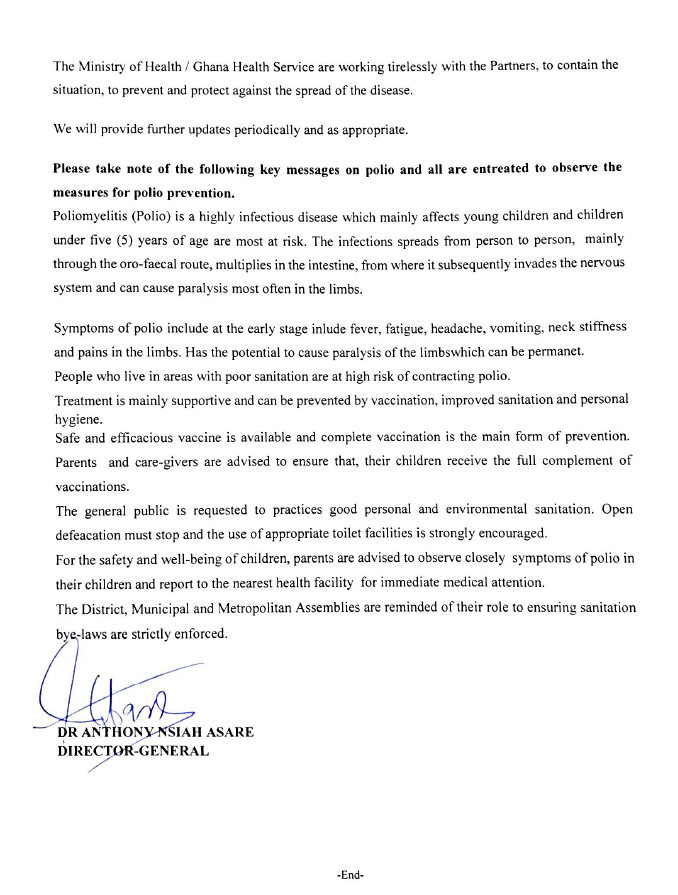 The Chereponi District is in the North Eastern part of Ghana, less than 10km from the North Western border of Togo. 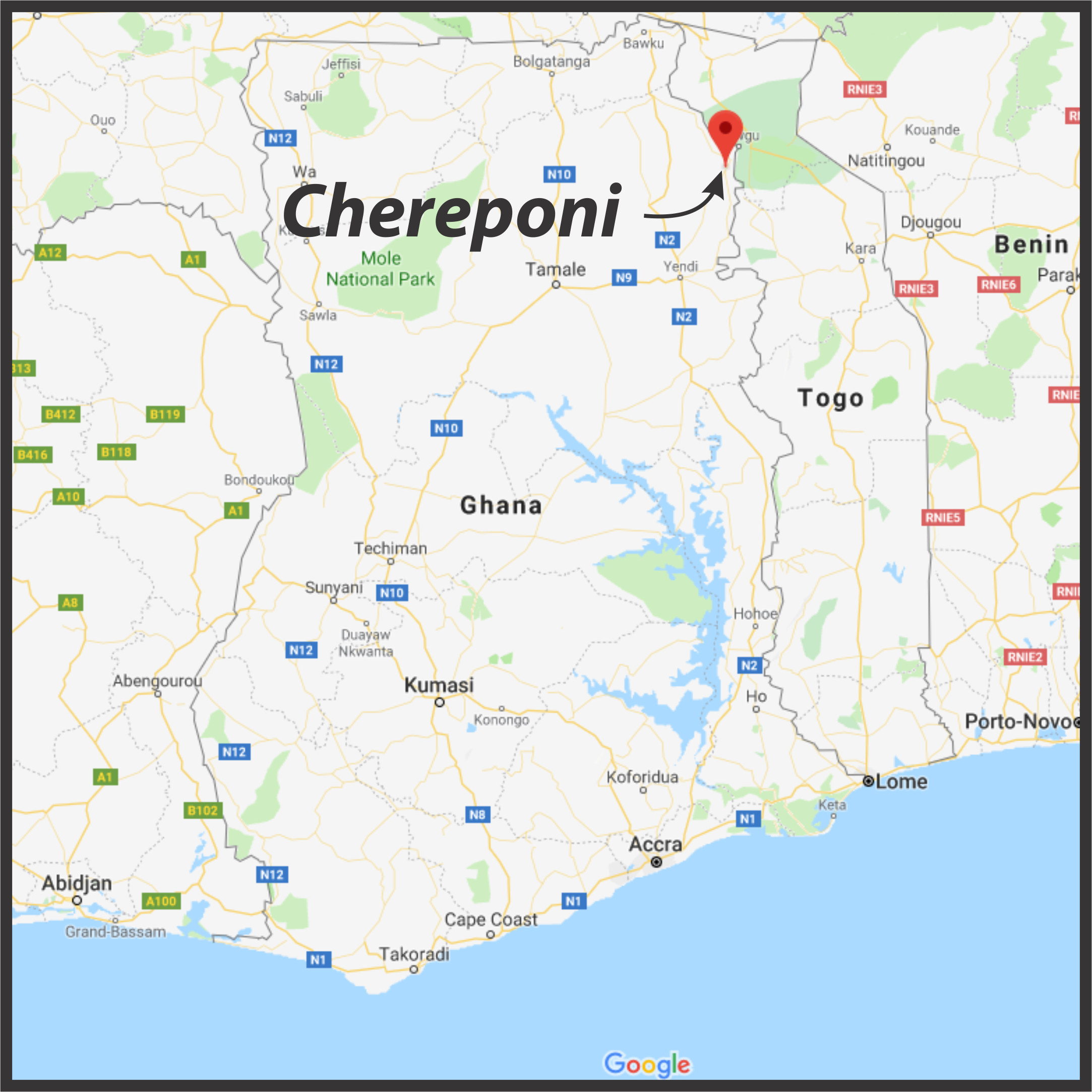 Polio is a vaccine preventable disease. Its transmission is usually through food or water contaminated with the virus that causes the disease. The Ghana Health Service encourages citizens to ensure good personal and environmental hygiene.

There is  a Global Polio Eradication Initiative that sets out to complete the eradication and containment of all wild, vaccine-related and Sabin polioviruses, such that no child ever again suffers paralytic poliomyelitis. Launched in 1988 after the World Health Assembly passed a resolution to eradicate polio, the Global Polio Eradication Initiative, along with its partners, has helped countries to make huge progress in protecting the global population from this debilitating disease. As a result, global incidence of polio has decreased by 99.9% since GPEI’s foundation. An estimated 16 million people today are walking who would otherwise have been paralysed by the disease, and more than 1.5 million people are alive, whose lives would otherwise have been lost. Now the task remains to tackle polio in its last few strongholds and get rid of the final 0.1% of polio cases.

This is the #FOCUS right now.

@DrTedros of the World Health Organization @WHO asks for calm, cooperation and global solidarity in fighting #COVID19
#coronavirus

International experts participating in the @WHO-led joint mission with 🇨🇳 have arrived in Beijing & have had their first meeting with Chinese counterparts today. We look forward to this vitally important collaboration contributing to global knowledge about the #COVID19 outbreak

A lot of communities have seen a lot of outreaches, and usually the benefits end with the outreach

A healthcare worker at a private hospital in Thailand has become the country's 34th lab-confirmed #COVID19 case, infected while tending to a patient.

The development highlights the urgency of adhering to strict infection control measures.

Everyone should clean hands frequently to ward off infections. Glad to see hand sanitizers throughout @MunSecConf. They keep us safe from flu, common cold, and #COVID19! Example of preparedness on a small scale #MSC2020 🇩🇪